Status of Dual Wills – an update

Plan Your Will > BLOG > Uncategorised > Status of Dual Wills – an update

Status of Dual Wills – an update 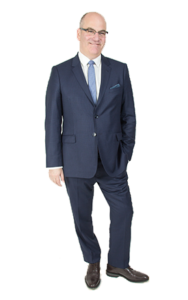 The Ontario Superior Court of Justice sent lawyers, their insurer, and their clients scrambling as the validity of many “Dual Wills” was recently called into question with the puzzling decision in Re Milne Estate.

The most common use of dual wills is where a person owns shares of a private corporation. Those shares can most often be dealt with, without obtaining a grant of probate.  So, since 1998 lawyers have been advising clients who own shares in private corporations to prepare dual wills. The net savings is approximately $15,000 on every $1,000,000 in value of the corporation.

I often tell my clients, it is nothing to lose your mind over. However, I would prefer that money go to your beneficiaries rather than the government.

The challenge to the dual wills was to me, extremely puzzling. Yes, this is a loophole around a tax. However one, that has been known widely since 1998, and could easily have been legislated away with amazing simplicity if the desire was present. We have had multiple government changes since 1998, and no government made the decision to close this loophole. It can be presumed that the court had no difficulty with the planning technique, and the government had no difficulty with the planning technique.

Yet in Re Milne Estate, the Estates Office refused to grant probate on a dual will prepared to avoid probate fees, and the matter was submitted before the court.  This is something that in my opinion ought never to have been done, but alas, it was.

The wills in question had been drafted such that the executor had the authority to determine which assets would be included under each will, such that fees would only pay fees on those assets that required probate.   Using Trust principles, it was decided that the certainties required in trust law to create a valid and binding trust were not met in this case, and accordingly, the dual will was invalid. The decision was immediately appealed.

This decision affected any dual will that did not specifically determine the property contained in each will. This sent up will preparers scrambling. I reviewed my wills, and luckily all of my dual wills did not allow the executor to decide and did not fall under the difficulties presented. But there was admittedly a few nervous moments.

Then came the Panda Estate Case. Where Penny J wrote:

I must respectfully part company with Dunphy J. over his assertion that a will is a form of trust and that, in order for a will to be valid, it must create a valid trust. No authority was cited for this proposition. I believe it is incorrect as a matter of law.

Not one of the authoritative texts on wills asserts that a will is a trust. Not one of these texts, when setting out the criteria for a valid will, cites the necessity to satisfy the requirements for the creation of a valid trust; that is, the “three certainties.” Rather, to establish validity for purposes of probate, a will must conform to certain formal requirements, provide for distribution or administration of property and take effect upon death. Nor am I aware of any judicial precedent which concludes that a will is invalid because it, being a trust, failed to satisfy the three certainties.

After that, the Court of Appeal decision in the  Re Milne decision was heard, the appeal was allowed, and the validity of the dual will was reinstated. First, it was decided that a will is NOT a trust. There was rather extensive analysis to determine that. Accordingly, if it is not a trust, then the certainty of subject matter is NOT a necessity.

Then, to further reinforce the decision, the court held that it did in fact have the certainty that was found missing in the original judgement

The property in the Primary Wills can be clearly identified because there is an objective basis to ascertain it; namely, whether a grant of authority by a court of competent jurisdiction is required for transfer or realization of the property.  As a result, the Executors can allocate all the deceased person’s property between the Primary and Secondary Wills on an objective basis.

The Estate Administration Tax (Probate Fees) is a strange animal. It is only payable when probate is needed. It is not paid in all estates. There are numerous legal routes around it, (Alter Ego Trusts, Joint Partner Trusts, Dual Wills).

In this case, reason prevailed, and dual wills were reinstated.

If you have any questions about preparing your will, contact me at steve@planyourwill.ca