Plan Your Will > BLOG > wills and powers of attorney > What to do with that one member of the family . . . . In terrorem? 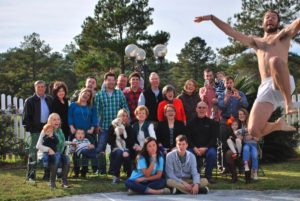 It would seem that every family has one.  (Some families, even more than one) That member of the family, that will act up, cause drama, and create family problems no matter the circumstance.

The “troublemaking” family member can create some very difficult situations when engaging in estate planning. What should a person do, when there is a strong possibility that a family member will create some sort of dispute regarding their entitlement as a beneficiary after your death.

Once solution that people ofter turn to is what is known as an “in Terrorem” clause.  This a clause that essentially disentitles any person who raises a dispute in court with respect to their entitlement under a will. Essentially, anyone who brings a dispute is entirely disentitled to their share.

I have very mixed feelings about this clause. Estate disputes come in many different forms, but many disputes arise because a beneficiary disagrees with the way in which an executor is administering an estate. In these types of disputes it is possible that the beneficiary is correct and the executor is wrong. The only recourse that a beneficiary would have, would be to try to enforce the terms of the will in the court. Where there is an executor who is incorrectly applying the terms of the will, and in terrorem clause would prevent a beneficiary with a legitimate grievance against an executor from using the court system to enforce their rights.  While we always hope that our estates can be administered without dispute, sometimes there are legitimate grievances that require court intervention. I am hesitant to advise clients to hamstring their beneficiaries from being able to enforce their legal rights through the courts.

In some cases, however, where it is known that a person will do everything to disrupt, it might be advisable to include such a clause, (perhaps explicitly limited to the known troublemaker).

Are you ready to make your will? Contact us today at steve@planyourwill.ca